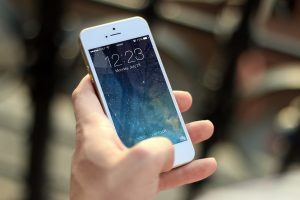 Ever since the release of the iPhone 7, Australians have been first in-line for new apple devices. There are a few reasons for this – one, because of the hype around the new releases, second, the resale value is high and third, Australians are the first people in the world to get access to the devices which others are desperate to hear more about.

Mr Karouche, one of the iOS (iPhone operating system) software developers, says that the reason for this is simply because Australia’s time zone places them in the position where their stores are the first to open globally. People are willing to travel to Australia from around the world to be one of the first to get their hands on a new iPhone.

However, this year, there may be a different case scenario. Like many retailers across the world, Apple Stores across the world have been closed due to the Covid-19 pandemic. Whether or not stores will be opening in time for the launch of new devices scheduled for this Autumn, is yet to be seen.

Currently, the signs are not encouraging. The UK government has stated that it could be another 3 to 6 months before life before coronavirus resumes which includes the re-opening of stores that sell non-essential items. This will have a direct effect on digital and communications services, such as Fusion Voice & Data, who rely on the release of new technology.

This could have a devastating impact on Apple also, where the iPhone 12 is already being displayed in the windows of their stores. This new smartphone is especially significant as it is the first Apple device that is ready to connect to the much faster and more advanced 5G technology allowing for faster connectivity. According to the Japanese publication Nikkei, Apple may be considering delaying the launch. The same can possibly be said for other big brand smartphone manufacturers like Samsung and their competition that have an Android operating system.

Razat Gaurav, CEO of LLamasoft (a supply chain analytics company), says that since an estimated 70% of smartphones are produced in China and the fact that the country was the first hit by the pandemic, the world has already experienced huge disruptions in the supply of existing smartphone devices.

The other 30% of smartphone manufacturers are still dependent on parts and components for their devices which are largely produced in China and South Korea, the two countries that experienced a significant impact as a result of the coronavirus. The city of Daegu, located just 20 minutes from the production hub of these components, has been especially hard hit by the pandemic.

A partner at the consulting firm BearingPoint, Emile Naus, says the most important portion of a smartphone is however not the hardware but the software which can fortunately be developed remotely. However, testing the software on the devices may be decidedly more challenging.

The tight security, secrecy and security employed by smartphone manufacturing companies means that they are probably going to struggle with the notion of sending devices home with employees in order for them to be tested, Naus continues. Another issue concerns shipping – with many airline flights suspended and significant delays being experienced in the ocean freight industry, components and other materials are simple not getting to assembly plants meaning the the final product is not reaching retail outlets.

Forrester doesn’t however foresee big changes being made to current handsets – manufacturers are more likely to cut prices on existing, older models and start pushing entry-level priced models instead. Even if prices don’t fall, if there is no demand as a result of the impact of coronavirus on the smartphone industry, other strategies are going to need to be considered.